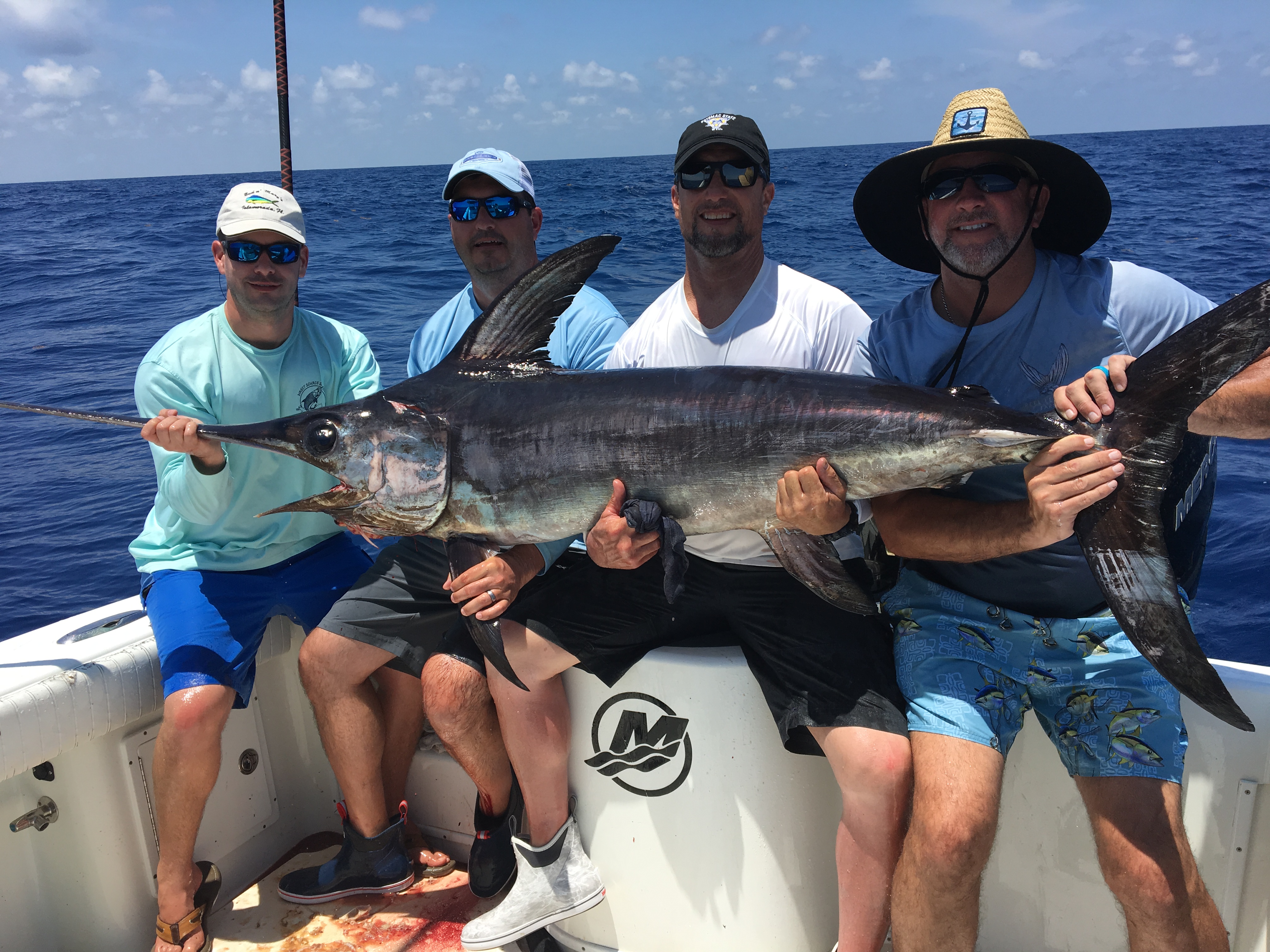 Yellowfin Schools are Back in Session

The main attraction for Venice, Louisiana sportfishing, Yellowfin Tuna, are back to school for the Fall and now is the time to get out ahead of these bigger fish aboard Osprey Charters. Like many of us, the big Yellowfins went on a summer vacation but they’re showing back up and fatter than ever!

The average Yellowfin is on the rise, with fish weighing from 40 – 100 lbs and we’re finding them in ever-increasing numbers. Join Captain James to get on this bite and limit out on Yellowfins so that you can then, on the same trip, target…

On many of our trips, we’re catching our limit of Yellowfins and heading to the end-of-summer offshore rips to target some of the most acrobatic fish that swim: Mahi Mahi, Blue Marlin and White Marlin! This action has been good enough to rival fishing destinations such as Venezuela and in the Pacific Ocean! Give Opsrey Charters a call to check Mahi and Marlin off of your bucket list!

The Venice Swordfish bite is still red-hot, with multiple shots on every “daytiming” trip. The average Swordfish has been 70-150 lbs, which will stuff any cooler!

We’re finding Swordfish about 25 miles offshore and we’re getting our clients to the bite quickly and comfortably aboard the Osprey Charters’ custom Yellowfin center console!

The Brown Clown is in Town

We have been finishing up our trips catching ENORMOUS Cobia on various spots as well. Cobias are sluggers and are as tasty as they are tenacious. We’ve been catching Cobias in the 30 -80 lb range, which makes Venice an elite Cobia destination. Join us for this amazing fishery!

We’re also finding huge Amerjacks and large Mangrove Snapper on the same spots where we target the huge Cobia. There is no reason to go home hungry with so many tasty species on the bite!

Call us NOW to book your August/September/October trip before our calendar fills up…just like our fish boxes!

How To Find Us